Who should you pick to lead your company’s digital transformation? Imagine you have a choice of three candidates:

Which would you pick? Most of the executives we survey pick Sarah, the digital guru. But is that the right choice?

Consider the real-life experience that a global appliance manufacturer had with just such a digital guru during its digital transformation. The leadership team hired the executive from the European equivalent of Amazon. Not only did she have deep experience at a digital-first e-commerce player, but she also had led several successful category expansions there, each time carefully developing new customer journeys and rethinking the business model. She seemed like the perfect candidate, capable of adapting and leading digital transformation.

For two months she circulated throughout the company, explaining the new strategy to senior executives. She found that while they were, for the most part, talented engineers, they were frightened by the change digital presented. She decided, therefore, that she needed to create a separate business unit, far away from headquarters, where she could hire the best digital talent and execute on a strategy to reinvent the business unimpeded by nervous insiders.

At first, everything seemed to go well: The skunkworks team studied the customer journey (in this case mostly B2B customers, since the appliance manufacturer sold to retail), developed digital channel tools, and, after launch, achieved some initial sales through online channels. But still, sales weren’t as expected, which the team concluded was due to the limited online marketing budget. With pseudo-approval from the CEO, she redirected the traditional marketing budgets to the online initiative to drive sales. And online sales did creep upward.

But meanwhile, all hell was breaking loose in the rest of the organization. Confused partners were calling in to ask why the pricing through the online portal was so different from the sales team visiting in store. Angry customers started haranguing their company representatives to understand why the online channel wasn’t interfacing with the orders they had placed through their sales representative and why products had not arrived. Worse, sales through traditional channels, which still represented 99% of revenue, had started to decline. As executives around the organization reacted to these developments, cooperation ceased, and digital sales collapsed altogether. The digital guru’s sales went from zero to zero in eight months.

Why had the textbook strategy failed? Could it be pinned on the classic culprits: senior executives who just don’t get it and try to protect their old business model? Lack of resources and support? Maybe.

Trying again with an unlikely insider in the lead

But fast forward a few months to when the company took a second try. With the help of one of this article’s authors, the executive team chose an unlikely insider to lead the digital initiative: the former head of the very sales organization that had most resisted digital — a leader with little experience in digital, and a notoriously feisty personality, but someone who delivered results and was willing to learn.

Although at first she refused the offer to lead the initiative, when she did accept, she retained the entire digital team and then set out, with her characteristic determination, to understand the needs of customers and the company, meeting with senior executives inside the company and with their retail partners to understand their needs, pricing strategies, and distribution channels.

She then redesigned the digital strategy, balancing their sales across the traditional and online channels. Next, she focused on training her sales force, and the executives in the company, in how the digital initiative could help them achieve their goals, instructing them on the different operational and pricing models and showing them how digital could benefit them in the long run. Then she went out to one customer at a time and worked with them to understand how to help them both succeed, for example by working together to place the appliance company’s products highest on the retailer’s online shops. With each new customer enrolled, she iterated and improved the model as needed.

The new effort was highly successful, and the company has become a digital leader by working with its B2B partners and exploring, where it makes sense, B2C digital initiatives (mostly in the areas where they add unique value that the retailers cannot).

With the benefit of hindsight you can see why the first effort, which followed the textbook strategy, failed and the second effort, which looked at first like a digital laggard, succeeded. As we point out in our HBR article, “Digital Isn’t Always Disruptive,” digital transformation is often less about a radical rethinking of the business than about learning how to use digital tools to better serve customers. This may require internal reorganization, including breaking down silos to serve customer needs and use data, but even in these cases it is as much about organizational change and leadership as it is about digital.

Although a digital guru may understand how to create a digital business from scratch without the constraints faced by an established business, when you put them in a real company setting, they will often fail simply because they don’t understand the business. Typically their downfall starts early, as soon as they start broadcasting their vision for the complete transformation of the company, without listening carefully to how the business operates and to the real needs of leaders and customers. This is typically followed by a period when the guru castigates the rest of the company for slowness and inertia, culminating in spinning digital off into a separate unit where the team has the freedom to create what it envisions, which in the end is too disconnected from the core organization to succeed. And that was what we saw at nearly all of the companies we’ve studied that chose a digital guru.

Insiders who are willing to learn have an advantage

By contrast, insiders with little digital experience who are placed at the head of digital initiatives succeeded about 80% of the time (of the 50 cases we studied). Why? Because ultimately digital transformation is as much about organization change as it is about technology. Insiders who are willing to learn have an advantage because they understand how the business works, they have the relationships to get things done, and, most important, they understand what they don’t know. They also understand when they need help: Smart insiders hire digital expertise into their team and then lead them to success based on their understanding of how to use digital to serve the business.

As a closing example, consider the woes of a major retailer trying to launch an e-commerce channel. It started by hiring a digital guru from one of the top online retailing companies. Although the guru understood online, he struggled to understand how the company worked and quickly offended the insiders he needed to make the business work. Two years later the initiative was a complete failure. As the executive team wrestled with the question of who to pick next, we told them, “Forget about digital for a moment: If you were to enter China, who would you pick to lead that challenging initiative?” Right away, the answer came back: Tim, one of the best operators in the company, with a track record for succeeding in challenging circumstances. “That’s your leader,” we told them. But when we approached Tim, he laughed. “I don’t know anything about digital…but I’m willing to learn.”

Right away Tim set about doing what he did best: building a great team. Tim believed that happy, productive teams are more effective generating revenue than sales. But rather than starting from scratch, Tim kept the digital experts hired earlier, and set about finding out how to make them work well together. Next, Tim worked to understand how to make the digital transformation work for the business, meeting with the product category heads and sales teams about what he could do to help them succeed. Soon, the online venture went from a total failure, unable to stock inventory due to the internal conflict with category heads, to a synergistic, joint effort in the company that grew quickly.

Including other departments for creative solutions

This didn’t mean that Tim wouldn’t challenge the status quo. As an example, the company had strong beliefs about certain products that “must be included” in the online retail initiative because they were part of the company’s core identity. But when Tim did a SKU-by-SKU analysis, he found that he was losing money on these products. Because Tim understood organizational change and politics, rather than violating the company norms by just cutting these categories, as his predecessor had done, he went to the product leads and shared his dilemma: “I’m losing money on these products. How can we fix it together, so I can sell more product for you?” Together, they came up with some creative solutions.

And when retail stores started to complain about returns from the online venture, Tim went in person to the store leads and told them, “This is my problem. How can I fix it?” Tim’s attitude transformed the retail leaders from enemies to friends, and together they came up with solutions, for example changing how they described certain commonly returned products. In the end, Tim, the company insider, succeeded where the digital guru failed — not because he understood technology, but because he understood the business and focused on the people. In the end, digital transformation is about organizational change as much as it is about digital.

This article is a re-post of a Harvard Business Review publication. Written by Nathan Furr, Jur Gaarlandt and Andrew Shiplov. 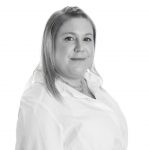 How to govern corporate ventures

90% of ventures fail sooner or later, and there’s no shame in that. Many things can go wrong when building and scaling a venture. Although a lot has been written on this topic by the brightest minds in the industry, many founders continue to fall for the same mistakes when building a venture. Where the […]

How to scale a corporate venture

This is the fourth article in our series on corporate venturing. The ‘Lean Startup’ book was published more than a decade ago. By now, many people know how to get through the first stages of exploring new corporate venture ideas. The “MVP” terminology has been used and abused and many corporates have added ventures to their […]

How to build a venture

Have you ever felt that your business is ready to build a venture but lacks the systematic skills & mindset to successfully reach your goal? Then you might want to keep reading.

8 mins
Read more
© 2022 SparkOptimus. All rights reserved – Privacy statement
We use cookies to analyse the usage of our website and to give you the best possible user experience. If you continue to use our website we will assume you are happy with these cookies being stored on your device.Close