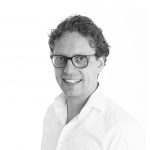 Around the start of the century, travel was ripe for disruption. Booking a holiday meant a trip to the travel agent, involving long queues, poor information and high cancellation fees. Fast forward to 2020 and the industry has changed dramatically: booking takes place overwhelmingly on digital platforms, and suppliers like big agencies and hotel chains, stripped of the advantages of high street footprint and brand recognition, have lost market share to a slew of independent high-quality operators, all instantly available at the tap of a phone screen. An avalanche of big name bankruptcies (most recently Thomas Cook) and the rise of disruptors to mainstream dominance (e.g. Booking.com, AirBnB) demonstrate quite how far and how fast the rules of the game have changed.

At the same time, a similar story was playing out in media, though with different parameters. The transition to digital hit search and classifieds first, causing significant advertising losses to print publishers. Next headline news moved online, and as consumer eyeballs shifted, print publishers, tv stations and media suppliers were forced to start buying up digital media assets. However, digital winner-take-all dynamics meant that being slow resulted in a struggle to survive. A number of traditional publishers went the way of the dinosaurs (e.g. McClatchy), as did print retail outlets (e.g. Borders), and video stores (e.g. Blockbuster). Today Netflix is a leading force in media with almost 200m paying users worldwide, all accessing the content they want, whenever and wherever they want it.

Does this mean all incumbents are doomed? Not necessarily. In publishing, Elsevier (one of the world’s leading scientific publishers) moved fast, digitizing their portfolio in the early 2000s, and today is still going strong and continuing to develop new tech solutions. And in entertainment, Disney has achieved a notably successful digital transformation, with a new Disney+ streaming service that has already attracted >50m subscribers.

Travel and media were hit first by digital disruption. Incumbents often ignored alarm signals and were slow to move, but customers, when presented with a superior digital alternative, were quick to switch. But cases like Elsevier and Disney prove that a disruptor is not always the last man standing. Many traditional companies are capable of digital transformation; they just don’t know it yet.

These lessons fuelled our founders’ vision to establish a company focused solely on helping clients master digital disruption. What was happening already in travel and media in 2010 was clearly going to spread across industries, and a lot of companies frankly weren’t ready. Today, we support hundreds of clients across dozens of industries on their journeys from fearing disruption, to tackling it, to winning at it.

In early 2011, we were asked to help a leading national newspaper. We showed that their dependency on declining print-based models was too large to return to growth, and supported the newly appointed CEO in developing a new strategic vision focused on thematic verticals, a shift to online, and the new digital earning models that were coming through.

An international travel operator was facing potential bankruptcy when confronted with a sudden shift in traffic: their share of mobile traffic had gone from 20% to 60% in a year, and they were losing sales. We supported them through their digital transformation, rapidly shifting resources and applying a strategic refocus for the mobile offering, which increased mobile conversion to ~20% within a year, thus returning the company to growth. 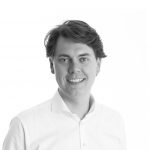 For many decades, banks, insurance companies and mortgage lenders enjoyed dominant positions in high-margin markets, protected by strict regulation, strong customer lock-in and high capital requirements. However, even they have not been immune to disruption. 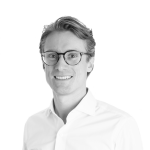 The key to survival in a disrupted CPG reality

Over the last decade, the traditional strengths of Consumer Packaged Goods (CPG) companies have been slowly eroded. Companies no longer need to own factories to produce goods, Amazon sells anyone’s products, the power of mass-marketing through traditional media is dwindling, talent favours startups, and innovation happens increasingly outside corporate R&D centres. 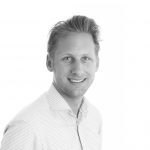 By the early 2010s, global ecommerce sales had already grown to a significant size. Front-running disruptors such as Amazon and Zalando were aggressively tearing down consumer adoption barriers, for example by offering free shipping and free returns, and it was becoming increasingly apparent to incumbent retailers that the shift to online could no longer be ignored. 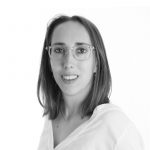 It’s an interesting time in today’s pension market. By 2025, a new legal framework will come into play that makes one’s pension more personal but also more risk-carrying. This is against the backdrop of a population that increasingly  got used to being in control of its own life decisions. Be it execution-only mortgages, do-it-yourself investment platforms or Siri/Cortana as the PA-for-all.

2 mins
Read more
© 2022 SparkOptimus. All rights reserved – Privacy statement
We use cookies to analyse the usage of our website and to give you the best possible user experience. If you continue to use our website we will assume you are happy with these cookies being stored on your device.Close