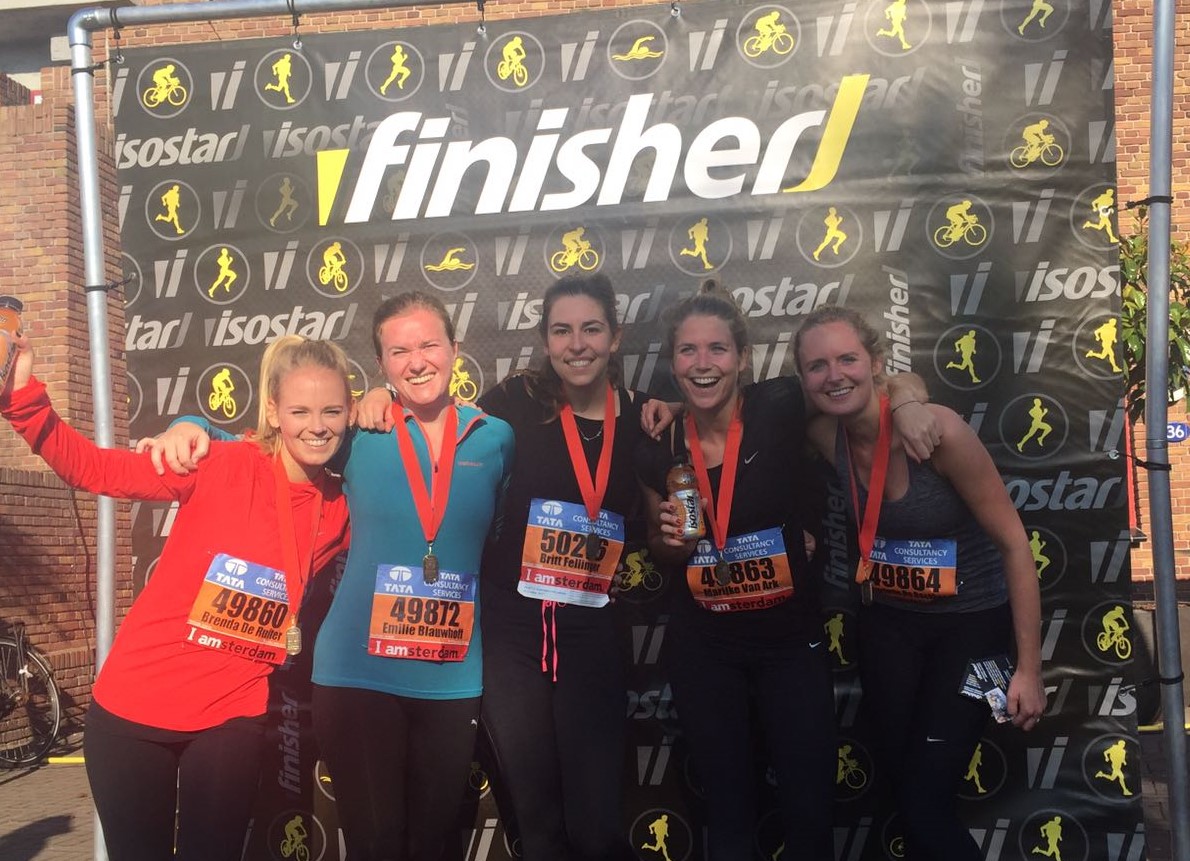 On Sunday, October 16th the sun was out, and a couple of sporty Sparks participated in the TCS Amsterdam Running event. Registrations for the full Marathon were admittedly postponed until next season, but the start numbers for 8K were the more popular. Unfortunately, some talented coleagues could not participate because of injuries incurred in the soccer league.

After some training trials and some “Am-I-still-able-to-run-around-Vondelpark?”-checks the morning of the run was there. Nevertheless, their start numbers were enthusiastically passed on. Bernard, Marijke, Charlotte, Britt, Emilie and Vivianne (in that order) passed the finish line, each setting a new PR for themselves! Of SparkOptimus, Bernard was the fastest man within 33’45, whereas Marijke was the fastest woman within 39’40.

The freshly set records were celebrated over a nice brunch at one of the Sparkie’s homes. We’re looking forward to the next run!

Read what else we’re up to on our blog