We did it! After our strong debut during last year’s edition of the annual football Consultancy Cup between strategy consulting firms in the Netherlands, SparkOptimus convincingly won this year.

After last year’s tournament, with a third place due to an unlucky shootout in the semi-finals, the SparkOptimus team was determined to set things straight. Under the leadership of Thijmen and Jochem, our two injured players (and brilliant coaches!), the team gathered during the Friday lunch at our office to discuss tactics and game plan.

The newly invented tactic “the Spark” proved highly effective. The first game against Boston Consulting Group ended in a convincing 3-1, during which Alexander’s goal proved that his current project in Latin America had also taught him some real Latin football skills. The second game, against McKinsey (0-1), showed a deserved loss and was unlucky due to our goalie being substantially injured and thus heading to the hospital. Determined not to lose again, SparkOptimus consecutively defeated Strategy& (2-0), Roland Berger (4-1), and Bain (2-0) thanks to best-practice tactics and unparalleled team spirit. On to the finals!

In the finals, we had to play yet another game against title holder Bain. Even though the previous match against them was an attractive game on both sides, the finals initially showed two slightly nervous teams. Fortunately, despite the pouring rain, the SparkOptimus team was supported by a great number of Sparkies (who even brought pompoms and torches for the extra support). With the only goal scored in the entire final match, SparkOptimus beat Bain and won the Consultancy Cup!

Drinks and BBQ awaited in the club house, where we celebrated our victory (including our goalie who returned from the hospital). We can be proud of our first Consultancy Cup victory: a great way to meet the other strategy offices and above all a fun experience. See you next year! 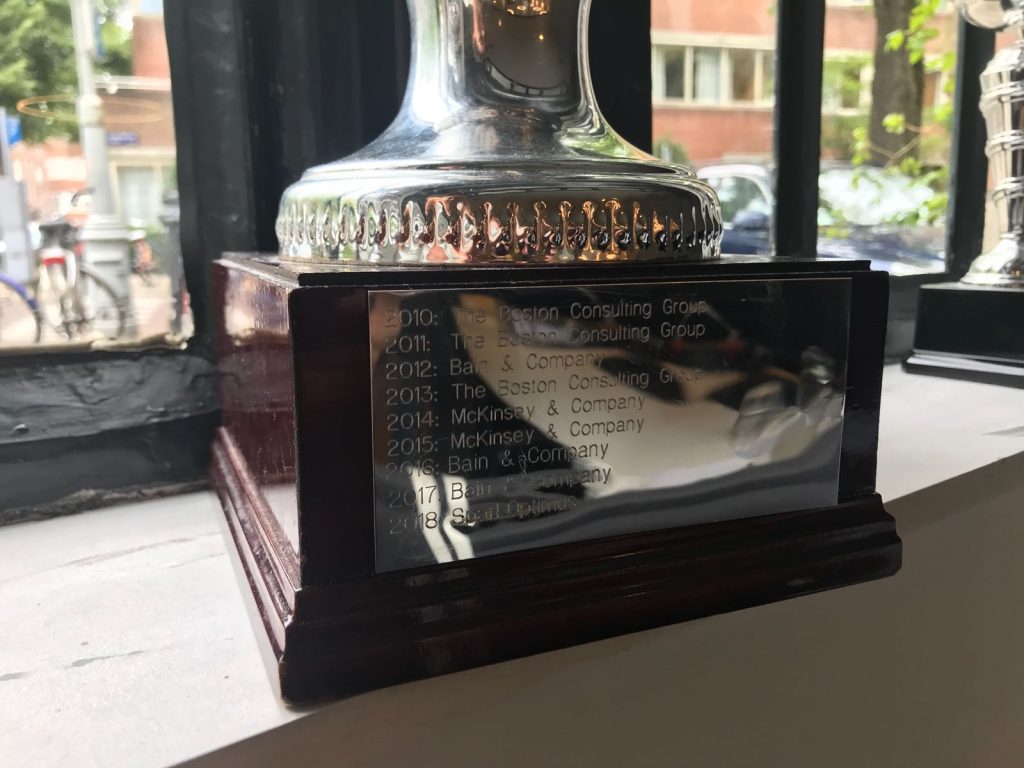