The annual Consultancy Cup took place on Friday the 3rd of May. This prestigious football tournament is a yearly clash between six strategy consultancy offices in Amsterdam: McKinsey, BCG, Bain, Roland Berger, Strategy& and SparkOptimus. As winners of the cup in 2018, we were defending Cup champions. And defend it we did, coming home with the 2019 Consultancy Cup!

The SparkOptimus football team had been looking forward to the tournament for weeks already. The format of the Consultancy Cup tournament is simple and straightforward: each team plays each other in the group stage, with the top two teams meeting in the final.

3 May 2019, tournament day: At lunch, all of the players gathered in their brand-new Nike team shirts to prepare for the tournament. Coach for the tournament Ton shared the tactical plan he had carefully prepared with the technical staff Jonathan and Thijmen. Having our laptops closed early and headed over to ASV Arsenal in the afternoon, we started our warm-up and prepared for the first match at 6pm sharp. 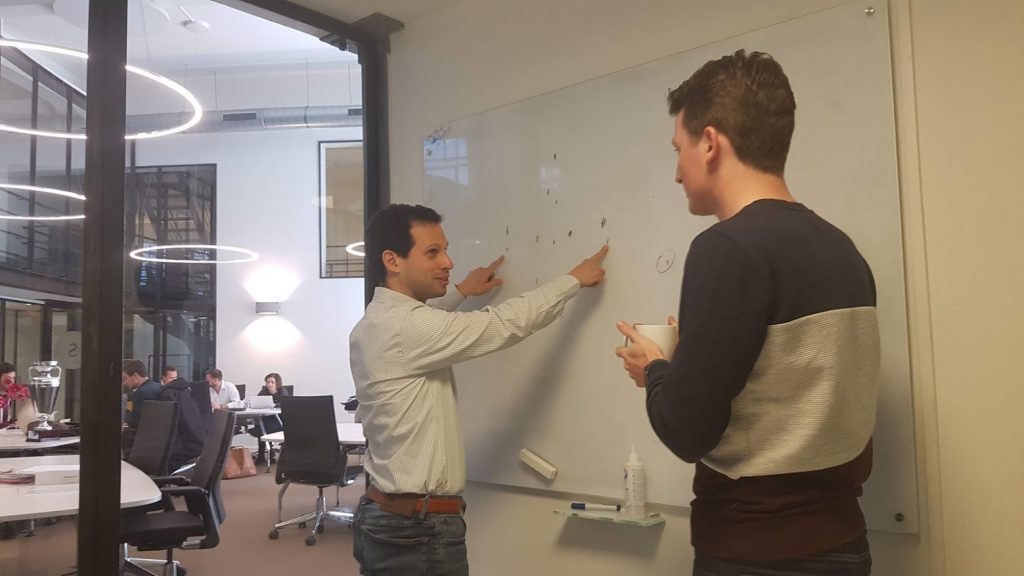 Nerves initially got the better of us in the first match against BCG, with BCG scoring first early on in the game. However, we quickly put things right, bringing the score line to 3-1 to SparkOptimus, with goals from Selçuk, Rogier and a great goal from Ole after beating three opponents. Our next match was against McKinsey; a tough one that we lost 0-2. After the match, Jonathan (aka “De Kleine Generaal”) intervened with a motivational team talk reminding us to keep our heads up and fight for the matches yet to come. His words sunk in, because we won our next match against Bain 2-1, with goals from Michiel and Selçuk. The ongoing support of numerous Sparkies cheering us on from the sidelines helped us to stay focused. Next up was Roland Berger. A nerve-racking match with no goals for a long time. Until Robert (“van Persie”) opened the scoring, followed by a chip from Rob, resulting in a 2-0 victory. Our last match in the group stage was against Strategy&. The pressure was on, as we had to win to go through to the final. Thijmen handled the pressure well and scored 2 goals, followed by a goal from Robert, resulting in a 3-0 victory.

For the second year in a row, we had made it to the final, this time up against McKinsey. We lost to McKinsey earlier in the tournament, so this was a perfect opportunity for revenge. A team talk clarified all of our roles and responsibilities and we started the match with confidence. We were head-to-head at nil-nil, before a goal from Selçuk gave us the lead. Some nerve-racking moments would follow, but great defending by Emile and goalkeeping by Matti helped us stay ahead. The referee blew his final whistle and SparkOptimus were winners of the 2019 Consultancy Cup after a 1-0 win in the final!

We had a great afternoon (and after-party) with Sparkies from both on and off the pitch. We would like to thank the other offices, ASV Arsenal and above all the Sparkies that came out to cheer.

The Consultancy Cup is coming home! 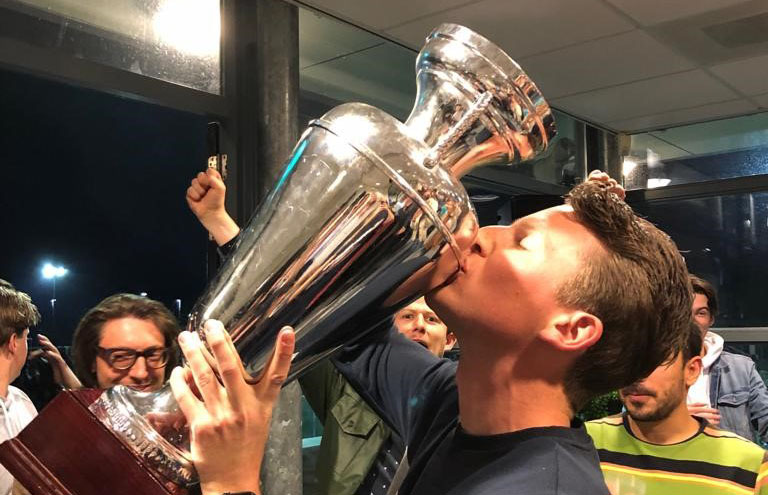 CES 2020 ‘Women In Tech Power Break’: Taking our ‘10 recommendations to make disruption work in the next decade’ global

Impact for all through diversity

We use cookies to analyse the usage of our website and to give you the best possible user experience. If you continue to use our website we will assume you are happy with these cookies being stored on your device.Close