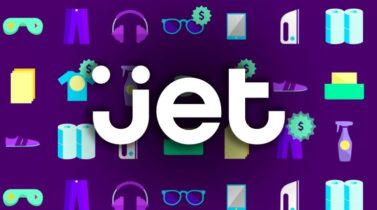 $3.3B, the largest ever sum paid for a US e-commerce firm, is the total Walmart shelled out for e-commerce star Jet.com. Jet is an e-commerce market place selling everything from groceries to fashion with a focus on sharp pricing. Just two weeks ago, Unilever turned heads with its $1B acquisition of online champion Dollar Shave Club. Now, this already seems like a bargain. The question rises what it is that delivered Jet.com such sky-rocketing growth, having opened doors in July 2015 and now handling 25,000 orders on a regular day. Moreover, what led penny-conscious Walmart to pay such a huge amount?

1. High online growth rates. Jet offers Walmart what it is such very in need of – high online growth rates. While Walmart experienced stormy times in the five consecutive quarters of declining online sales, Jet reports steady growth, attracting 400,000 new customers per month. Especially interesting for Walmart is that the majority of Jet’s customers are young and digital savvy; the so called ‘millennial customers.’

2. Jet’s pricing (software). Not lacking in ambition, Jet set itself the goal to undercut Amazon in prices. It managed to do so within months. Realizing that scale could not be the solution with competitor Amazon handling 35 packages a second, Jet invested in making its cost breakdown extremely transparent and – here comes the magic – passing on its benefits to its customers. Jet actively encourages its customers to buy more in one go by giving discounts for each item added to the basket. Hereby delivery and fulfillment costs significantly drop for Jet, as does the total cost for the consumer. A classic win-win. Moreover, Jet uses unique pricing software that shows different prices to different consumers. Rumor has it that Jet’s pricing technology was a fundamental part of the deal for Walmart.

3. Outstanding CEO. Last but not least, the CEO and founder of Jet.com, Mark Lore, plays an essential role in the deal. Marc Lore is well-known for his ability to build the next big thing in e-commerce. Lore spent the previous years building successful online retailers such as his former business Quidsi, which owns diapers.com and soap.com. Remarkably, Lore sold Quidsi for $545 million to none other than Amazon. After the deal with Walmart, Lore will continue to run Jet.com but it is also believed that he will be put in charge of Walmart’s e-commerce business after the deal closes.

In a nutshell, hopes are that with the acquisition of Jet, Walmart can boost its e-commerce sales. Whether a smart pricing strategy, a strongly growing customer base or an outstanding e-commerce CEO will do the trick for Walmart, time will tell.

Read more of our blogposts on our blog